Why Are Tactical Vests So Important On The Battlefield?

Whether it is a movie or a real battle, a tactical vest can add a lot of points on the battlefield!

Tactical vests refer to special vests worn by soldiers outside the torso when performing combat or other military tasks. It can be used to carry ammunition, auxiliary weapons, and other tactical equipment. It will not interfere with body armor, radios, umbrella bags, etc. Equipment widely used by special forces. Tactical vests are usually made of durable, high-quality fabrics, such as nylon or polyester, and are designed to withstand harsh conditions and rough treatment. They usually have padded shoulder straps and a padded waist belt for extra comfort and support during prolonged wear, tactical vests are a type of "tactical carrying device".

Tactical carrying equipment is an indispensable part of individual equipment, and its generation and development are as long as the history of human warfare. It makes soldiers and weaponry form a whole. It can place various weapons and equipment on the vest, and the advantages of soldiers wearing it are quite obvious: firstly, the torso is the thickest part of the human body, with a large space area and large carrying capacity; secondly, the items carried are close to the torso, and the weight brought. The resistance moment is the smallest, which has the least impact on the soldiers' movements; third, the items on the vest can be accessed by both hands at any time, which is the most flexible. It should be noted that most tactical vests are not bulletproof. 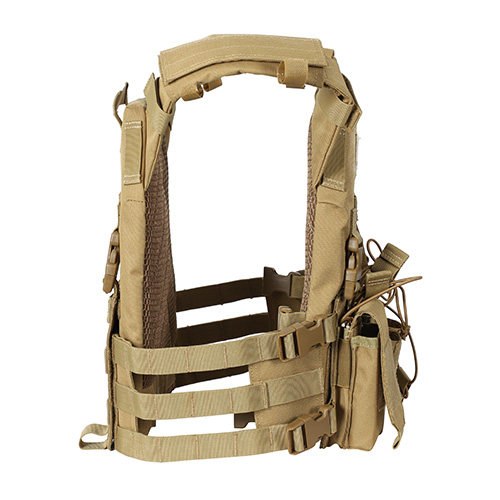 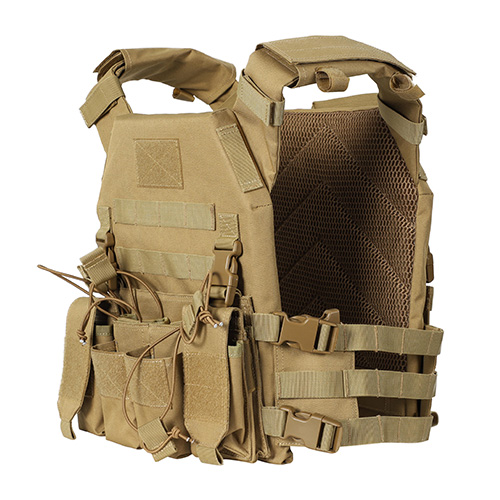 What types of tactical vests are there?

In action, soldiers usually carry large reserve ammunition, grenades (fragmentation, smoke, shock, flashbang, etc.), tools (door breaking, rappelling, blasting, etc.), radios, short-barreled shotguns, personal first aid supplies, etc., Necessary for CQB or CT missions. The above equipment requirements can be easily carried and quickly accessed by soldiers during operations, so as to cope with instantaneous emergencies and achieve the best attack effect. This type of tactical vest is also the most commonly used tactical vest by the majority of survival game players and is generally divided into two categories: military use and police use.

3. Medical care (MEDIC)
When the general medical personnel cannot effectively rescue the injured in the execution of the mission, one or more members who have received emergency medical training are required in the team. Provide immediate medical treatment to the injured and stabilize the injured until general medical personnel can provide proper first aid. The items carried are mainly weapons, equipment, and a large number of first-aid supplies required by individuals to perform tasks.

4. Antiriot
The special ammunition required for riot suppression is usually larger than normal ammunition, such as tear gas, and is used to disperse mobs gathered. In addition, you need to carry a fire extinguisher in case of a petrol bomb attack, tape or belts, and a substitute for handcuffs. Some of the above items are equipment used by secret service units in real operations and are less likely to be used in survival games.

In addition, the tactical vests used by special forces have much higher requirements than ordinary soldiers. It requires more flexible movements while wearing the vest. It is required that the vest cannot interfere with other wearables, such as helmets, bulletproof vests, boots, and gloves. It is required to be able to put on and take off easily, without the assistance of others, it can be easily combined, put on, and adjusted to fit within 30 seconds. In addition, the tactical vest is also required to use a special silent buckle, so that when the items in the equipment bag are taken out, there will be almost no sound. A variety of tactical vests are available for purchase on demand.

What are the advantages of tactical vests?

Modern tactical vests generally have the characteristics of wear resistance and lightness. Early vests were mostly made of leather and canvas, but such water-absorbing materials will increase their weight once they encounter rain or wading. Since then, high-quality nylon webbing has been mostly used. Tactical vests are very strong sewn, usually with very high tensile strength threads, and several rows of the car, which makes the vest very high load capacity. The configuration of the items carried by the tactical vest is also very reasonable to avoid hindering other equipment and actions. Usually, the following features and functions can be achieved:Z
1. Adjustability: Many tactical vests have adjustable shoulder and waist straps, allowing the wearer to customize the fit of the vest. This is important for comfort and ensuring the vest stays in place as the wearer moves.
2. Armor Compatibility: Some tactical vests are designed to be worn with tough body armor and may have special pockets or anchor points for securing the body armor.
3. Water resistance: Some tactical vests are made of water-resistant materials or have a water-resistant lining to protect the wearer's gear from the elements.
4. Reflective elements: Some tactical vests have reflective strips or other elements to help the wearer be more visible in low light conditions, which is important for safety.

How to use the tactical vest?

To use a tactical vest, first, you need to pull it over your clothing. The vest should fit snugly against your body and should be adjusted so that it is comfortable and does not interfere with your movements. Once your vest is on, you can start packing the equipment and supplies you need to carry on it. Each pocket and pouch on your vest is designed to hold a specific type of item, so you should think carefully about what you need to carry and where you want to put each item. When using a tactical vest, it is important to remember not to overweight the pockets and pouches as this will make the vest uncomfortable to wear and may interfere with your movement. You should also try to evenly distribute the weight of the equipment you're carrying to ensure the vest is balanced. Also, you should check your vest regularly to make sure all equipment is secure and nothing has fallen out.
Overall, there are many different types of tactical vests to choose from, and the type you choose depends on your specific needs and the missions you will be performing. The tactical vest is a versatile and essential piece of personal protective equipment for many professionals and enthusiasts who need to be prepared for any situation.

black
Last One: Why Hunters Need To Wear Ghillie Suit When They Are Hunting?
Next Article: What Is The Charm Of Tactical Gloves?
Related words :